Some animal rights victories in 2014 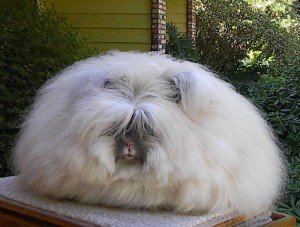 Julian Omidi  writes about some of the successes of the animal rights movement during 2014. It is important for activists to remember the victories.

We are remembering the suffering that has gone on for far too long. This is the thirteenth annual IARD and every year it’s bigger than the last.

As we remember the pain of those creatures who share the Earth with us, let us also remember some of the progress we’ve made this year. We are having an effect. There has been some good news that came from 2014, though the fight continues. Let’s take a look at some of the successes we’ve had this year.

Victories in the fur trade

Angora wool has been used to make garments for hundreds of years. This wool is ripped from the skin of the Angora rabbit, as revealed in a 2013 PETA awareness campaign. After video evidence of the appalling acts surfaced, major retailers banned angora products.

These companies include Gap Inc., Tommy Hilfiger, Calvin Klein, ASOS and Espirit. It is much more difficult to find these products now.

Also, the World Trade Organization upheld the ban on products made from seal fur. The Canadian government has helped get these products into the European Union, until the WTO rejected their appeal this year. The brutal slaughter of these seals will hopefully be dramatically reduced as a result.

The U.S. military has used animals in medical training facilities to prepare medical personal to treat injured soldiers for decades. These animals have been subjected to all kinds of procedures. Anything you can imagine happening on a battlefield is likely being done to these poor animals.

This year, the U.S. military agreed to replace these animals with advanced human-patient simulators. This will spare these animals from invasive and often deadly procedures. The United Kingdom and several other EU countries shoot pigs to have them stitched up. The fight continues …

SeaWorld continues to take a hit

The 2013 documentary Blackfish made a big splash with activists and the general public. The documentary focused on the negative aspects of keeping orcas captive. SeaWorld’s attendance has plummeted and they have lost prime sponsors as a result. Also, many musicians continue to refuse to play at SeaWorld.

SeaWorld issued a response, but it hasn’t been as resounding as the initial claims made by the documentary. Orcas have much longer lifespans in the wild than they do in captivity. They are confined to small tanks, whereas in the wild they would dominate thousands of miles of ocean.

There isn’t always a lot of good news for activists. It is emotionally burdensome to constantly fight battles and never feel a real victory. It is important to hold on to these smaller victories to keep your emotional well-being where it needs to be.

Keep up the fight. There are many battles left to be won, but remember the good we are doing. That keeps us going.

Julian Omidi and his brother, Dr. Michael Omidi, are a co-founders of Animal Support and strong supporters of animal rights for creatures large and small.