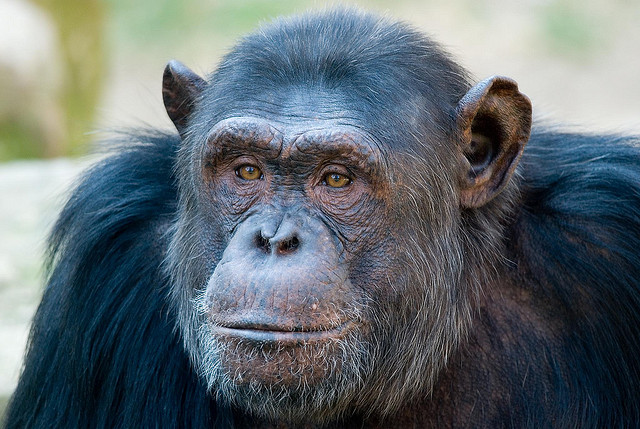 Dr. Michael Omidi is an advocate for the ethical treatment of animals. Here he discusses the concept of nonhuman personhood for animals.

There is a growing movement to grant some animals the legal status of nonhuman persons. This status would serve to protect animals in new ways, but what does it mean, exactly?

To some, “nonhuman persons” may sound like an oxymoron. Others may see the phrase as a much more apt description of the voiceless animals we share the planet with.

Whichever way you view the phrase, there is no doubt that some animals are not being treated fairly. Even the staunchest of those opposed to the advancement of animal rights would have to agree. Suffering will always be around us, but we can do more to try to limit it.

The nonhuman persons movement is just the most recent development of the struggle to ensure ethical treatment of animals. One of the champions of this cause is the Nonhuman Rights Project. This is the only organization working toward legal rights for members of other species. Their mission is to change the common law status for at least some animals, so they will no longer be viewed as “things,” but legal persons with rights.

Though some may see the phrase “nonhuman persons” as an oxymoron, a real contradiction in terms is “animal rights.” There are no animals with rights other than humans. Not a single one.

Why is that? One must have the legal capacity for a right in order to have a legal right, according to the law. Some laws provide protection for nonhuman animals, but they do not have rights. You cannot legally withhold medical care from an animal in a zoo, but that animal has no legal right to care.

What is the difference? Animals are treated as things in our legal system. Consider automobiles. There are laws in place that prevent vehicle theft, but the vehicles themselves have no legal rights.

The prism of capacity

The capacities in which these animals are lacking are those deemed valuable by our society. An elephant does not pay taxes, the argument goes, and so does not have rights. Animals cannot be expected to obey societal laws, and so they are granted no protection under them. If this is the basis for granting rights, aren’t there some humans who don’t meet that criteria?

Using societal value as a measure for legal status is a dangerous slope. Civil people will agree that humans with developmental disorders may not be able to pay taxes or obey laws, but still deserve rights. The Nonhuman Rights Project is determined to stretch that same compassion to nonhuman animals.

They recently lost a battle in the New York Supreme Court Appellate Division. Steven Wise, founder of the Nonhuman Rights Project, represented a chimpanzee named Tommy earlier this month. Wise argued that Tommy was a “complex autonomous legal person” and presented testimony from experts. Tommy was said to have been living in inhumane conditions and Wise was fighting for his right to better treatment.

Ultimately, Tommy and Wise lost. The judge stated that Tommy could not fulfill societal “obligations and duties” as I mentioned earlier. This is one of the few times nonhuman animals have had a day in court battling for rights. Though they lost, we are making progress.

You can support the Nonhuman Rights Project by donating on their website. They are fighting for a noble cause for the voiceless. Someday, their dream may be realized.

The Omidi brothers, Michael Omidi and Julian Omidi, are co-founders of Animal Support, a charity devoted to raising awareness for animal causes.