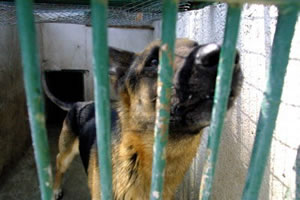 National crime reports do not give an exact accounting of the number of pets that are abused each year. Statewide statistics also often fall short of offering detailed reports about the number of domestic pets that suffer abuse. Instead, animal rights and protection organizations are forced to rely on reports of these atrocities offered by media outlets. The following numbers represent the percentage of dog and cat abuse cases represented within the overall total of animal abuse cases in the media each year:

Included in these numbers are pets that suffer from neglect, as in poor nutrition or outright starvation, dehydration, substandard living conditions, lack of treatment for health issues and abandonment. 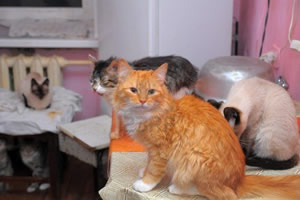 Often, pet owners inflict unintentional harm to pets. Some owners suffer from emotional and psychological problems that prohibit them from providing care, others lack the resources for proper care for a pet or are overwhelmed by the costs involved. In recent years, an increasing amount of attention has turned towards animals who suffer as a result of animal hoarding. Essentially, hoarding occurs when an owner collects more pets than she or he can properly care for. These numbers often swell to be dozens or even hundreds of animals living at a single residence. While an owner’s intention toward these animals is good, pets ultimately suffer from their inability to provide proper care in such crowded conditions.