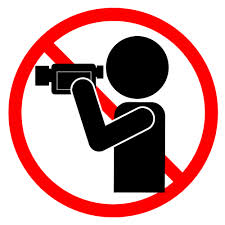 So-called “ag-gag” laws that ban secret filming of animal abuse in businesses have been ruled unconstitutional, and it’s a victory for animal rights organizations across the country. The issue came to a head after the activist group Mercy for Animals released graphic videos taken from inside Bettencourt Dairies’ Dry Creek Dairy in Hansen, Idaho. They did not have permission to film, and an ag-gag law was introduced after the video went viral in 2014.

Idaho isn’t the only state where the meat industry has sought to silence critics In many of the states where ag-gag laws were attempted, they were struck down by lawmakers. Idaho is the latest state to join that list.

The judge in Idaho stated that “Protecting the private interests of a powerful industry, which produces the public’s food supply, against public scrutiny is not a legitimate government interest.”

Videos like those released by Mercy for Animals are likely to lead to public outcry and even the boycott of certain meat producers. The meat industry is vital to some states, providing much needed employment and income to residents. But that’s no reason to sanction the inhumane treatment of animals. And it’s no reason to punish the people who risk their careers and livelihoods to bring the truth to light.

There’s reason to be optimistic after the ruling in Idaho. Hopefully other states will follow suit and strike down their ag-gag laws. The goal is transparency in US food production. If we’re unable to expose and discuss corruption, ineptitude, and cruelty in our food supply, we’re setting ourselves up for massive problems in public health and safety.

Holding ourselves to a high standard is the best way of getting American industry to follow our example, so I encourage you to step up and advocate for consumer rights and animal welfare today!

Julian Omidi is co-founder of Animal Support, a nonprofit that advocates for animal rights and supports fellow animal welfare charities.