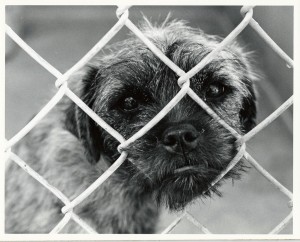 In this day and age of global humanitarian crises and massive human rights violations, it is often easy to overlook widespread abuse, mistreatment, and neglect of animals. At Animal Support charity, we strive to highlight the fact that animals are the most vulnerable living beings among us and shed light on instances of animal cruelty that are too often under-reported and unrecognized in our society.

In particular, we advocate for progressive changes in anti-cruelty laws and federal tracking of animal abuse cases. Indeed, such laws already exist to prohibit unnecessary torture, mistreatment, neglect, and killing on animals. However, as a quick survey of recent news demonstrates, these laws are far from being consistently enforced across the different states. For instance, according to a report published in The Des Moines Register [link 1] earlier this year, the state of Iowa does not punish abusers and killers of animals with fair sentences proportionate to their abhorrent crimes. The report details one particularly shocking incident in which a perpetrator repeatedly kicked his dog and slammed its had into a pole. Although his crimes were recorded on video, this man was charged with only a simple misdemeanor and fined a measly $100. Other cases enumerated in the report demonstrate that violent crimes against animals are treated as minor infractions in Iowa. Instead of punishing animal violence with jail sentences, the courts of Iowa tend to issue small fines that frequently amount to less than a speeding ticket.

While law-makers in some states choose to turn a blind eye to the rampant animal abuse, others take instances of animal cruelty into account to devise progressive legislative efforts. In Pennsylvania, as in Iowa, severe animal abuse is not considered a felony. Thus, a number of news reports have publicized the story of Libre, a Boston terrier puppy who was found sick and extremely emaciated due to neglect on the part of a dog breeder. Following the investigation, the breeder was not presented with any charges. In response, a local lawmaker, Sen. Richard Alloway (R-Franklin/Adams/Cumberland/York), has made it his mission to change the state’s lax laws and introduce a new legislation known as Libre’s Law. First and foremost, the new law seeks to provide a more precise definition of animal neglect and punish it with stricter sentences. We can only hope that this new legislative effort sets a positive precedent and sends a message to those states who continue to ignore the aggravated nature of animal abuse, treating it as a harmless infraction as opposed to a violent crime.