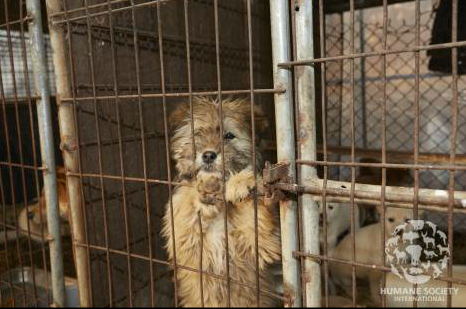 Julian Omidi is an advocate for the ethical treatment and protection of animals. In today’s blog, he discusses the Humane Society International, and their efforts to save dogs from a meat farm in South Korea.

Here in America, it is easy to have a westernized view of animals, canines in particular. After all, dogs are man’s best friend. But that view is not shared by people in all parts of the world. In many countries around the world, such as South Korea, dogs are little more than a meal to some people.

This is a heartbreaking truth for animal lovers, and one that many people have dedicated their lives to changing.

One such group of individuals is the Humane Society International. As the global arm of the Humane Society of the United States, HSI is one of the only international animal protection organizations in the world. They work with many countries around the globe to protect wildlife and companion animals from cruelty and abuse.

In certain parts of the world, eating dog meat is as common as eating beef is for Americans. In these regions, dogs are specifically bred as a source of food, and HSI estimates that between 1 and 2 million dogs are consumed each year in South Korea.

The practice of eating dogs has long been a source of international scrutiny. When South Korea co-hosted the 2002 FIFA World Cup, many animal rights groups urged the South Korean government to reevaluate their stance on eating dogs.

As frustrating and tragic as this is, it is important to understand that cultural differences are not the main issue that HSI takes with South Korea’s decision to eat dog meat. Rather, the problem is with the cruelty behind the industry. The living conditions to which the animals are subjected are unfit, and overcrowding, starvation and exposure to the elements are commonplace.

23 dogs have been given a second chance

Since raising dogs for food is not a crime in the eyes of the South Korean government, the HSI used an even more powerful weapon than legislation: diplomacy.

The HIS worked with a farmer in South Korea who had been operating a dog meat farm and arranged to stop his participation in the trade. Now, the farmer has agreed to grow crops as a more humane way of earning a living and will cease raising dogs for the purposes of food.

It is easy to force someone to obey a law, but it takes a tremendous amount of patience and dedication to work toward a diplomatic solution to a problem. The HSI deserves recognition for their actions, not just in this case, but in the tireless work they do to preserve animal welfare around the world. Thanks to them, more animals are able to get a second chance to be loved.

To read the official announcement from the Humane Society International, and view a slideshow of the dogs who were rescued, please visit their website.