How Serious is Cat Abuse in the United States?

Abuse can have a large impact on the development of a cat, the younger the cat the larger the behavioral effect it will have on the feline (also the type of abuse) even after it has been placed in a safe environment. Felines are the second most targeted victims of animal abuse of all pets, second only to dogs making up for 18% off all reported cases of animal abuse, the most common form of abuse of cats is neglect. 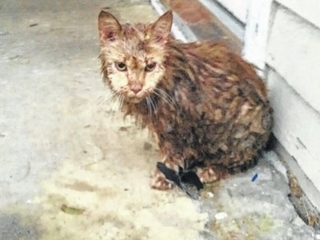 How you can help fight cat abuse

There are many ways you can help fight cat abuse, but the most important way to help is to report anybody you suspect or know is participating in the abuse of their feline as the majority of cats that are abused are never reported.